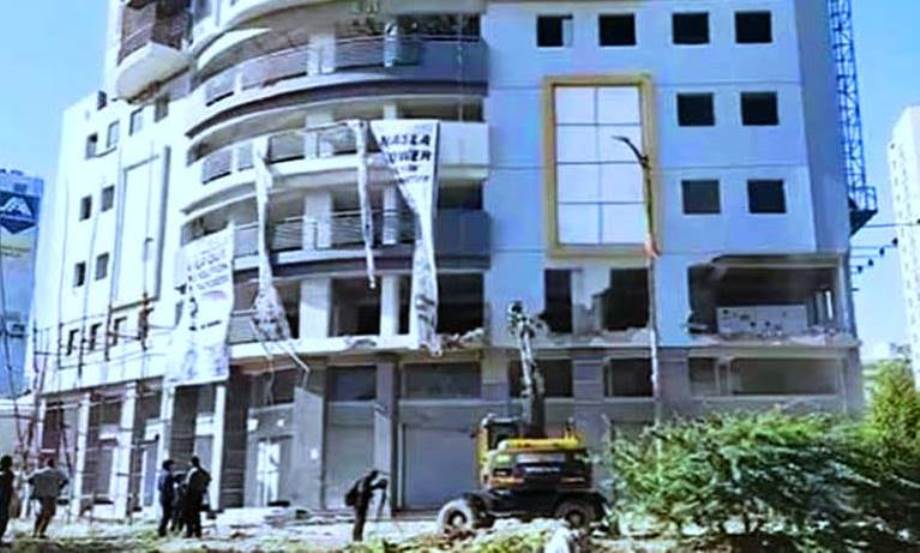 Karachi (Saturday, November 27, 2021): The Supreme Court has issued a written order in the Nusla Tower case .

According to online News, the apex court in a written order of the November 26 hearing has directed the commissioner Karachi to replace the 200 laborers with 400 laborers instead of 200 laborers.

The court also ordered that the Karachi Commissioner for Urban Development use 400 workers to raze the structure. The written verdict also stated that commissioner Karachi should ensure the razing of the Nasla tower within a week, as well as make sure that any remaining explosives are eliminated.

The Chairman of the Association of Builders and Developers (ABAD), Mohsin Shaikhani, previously stated that the Nasla Tower issue is a Karachi problem, and the sense of deprivation is on the rise in the port metropolis.

Chairman ABAD added that, following the government’s announcement of its first 100 days in office on July 31, no one would ask institutions that actually allocate land if it was done in a day.

In a meeting with the Sindhi community, Syed Murad Ali Shah said that the Chief Minister and Chief Secretary of Sindh should be held accountable for their decisions and urged them to sit down with them to make improvements together.

The apex court has also directed that the process of demolition of Nasla Tower should be made safe as per the order of the Supreme Court.