Home
News
Is Inflation in Pakistan due to Global market?

According to official data released in Pakistan on Wednesday this week, the inflation rate in the country stood at 11.5 percent in November as against 9.2 percent in October. 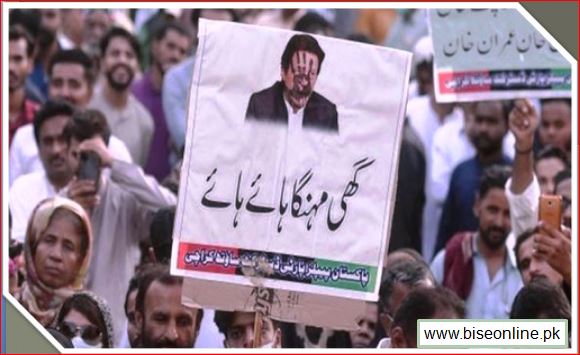 What does 9% and 11% mean and what is the difference between them? Will it make my motorbike more expensive or a sack of flour lying in my kitchen? Only economists can understand the meaning of these numbers.

People generally do not understand how good or how bad these figures are, but ordinary citizens do understand the problems they face in queuing for bills, at the vegetable and meat shop, at the petrol station.

On the other hand, the government may think that things are not so bad. In November, Prime Minister Imran Khan said in a message that Pakistan has been better than other countries.

Recently in the country, Information Minister Fawad Chaudhry said in a show of journalist Kashif Abbasi on a private TV channel that yes there has been inflation,  and it has also affected the salaried class but then in our country electricity, oil, ghee Consumption is increasing. “It simply means that inflation is not the same for all classes.”

But this wave of inflation is not the only problem of Pakistan at the moment as the rate of inflation worldwide is much higher than in the last few years.
This is the fastest increase in prices since 1990. In Europe, annual inflation stood at 4.1 percent in October, the highest level in 13 years.